I am using Ubuntu 22.04 and the AppImage file I downloaded from trezor website does not display the application icon, all I get is the generic gray gear icon. Just FYI the application runs and functions OK otherwise. 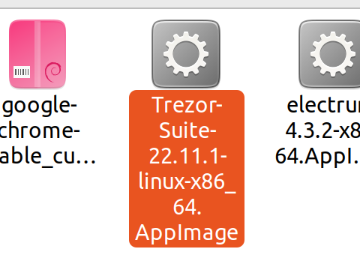 I don’t understand … you say the app runs and functions OK, but you want to change the app icon anyway?

I’d expect a question for how to make the file executable and how to run it, but it seems you already found out that.

My understanding is that other users have, and see an icon. Unsure which Linux distro they were using, but I would just like the icon. According to Trezor there is supposed to be an icon that looks like the Trezor logo.

Petosiris, I don’t know if you’re actually not understanding or that’s just a way of telling me you don’t think there’s anything wrong. The issue is that the icon for the application is missing, do you know how to make Ubuntu show the icon that is supposedly embedded in the .appimage file?

I’m trying to understand. Are you asking if you’ve downloaded the correct and official Linux version of Trezor Suite, concerned that you’ve got some other version because it doesn’t show the Trezor icon?

If you got your Linux appimage from the official download site at https://trezor.io/trezor-suite, then it’s the official one. You can check the file signature by downloading the .asc signature file there.

I run the Windows version of Trezor Suite myself at the moment and haven’t used the Linux version yet, but I downloaded it now on a Linux box and see it doesn’t have an app icon. Maybe this post on Reddit can help you: 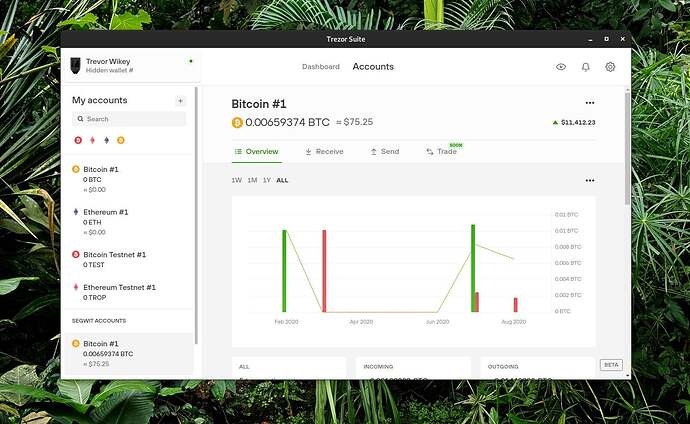 As @Petosiris mentioned, you can verify the downloaded installation file. Information on how to do it can be found here: https://trezor.io/learn/a/download-verify-trezor-suite-app

There can be more reasons why you can’t see the icon. However, it is not important, the icon doesn’t prove that the downloaded file is genuine. The verification of the downloaded installation file does.

I don’t think AppImages can show icons by default, do you have any other AppImages that magically have icons?

The link to Reddit that @Petosiris posted is a way to set the icon manually.