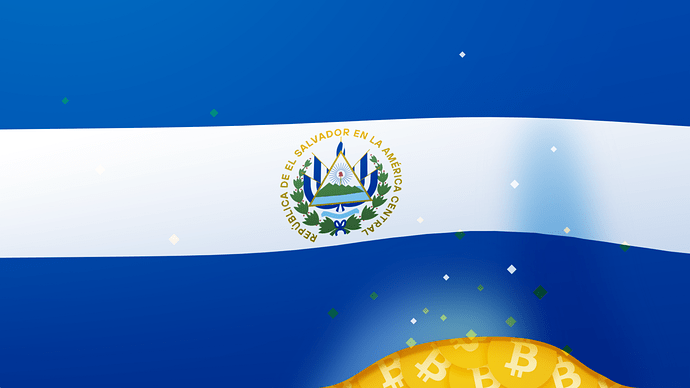 Decentralized digital money has today become legal tender in a country whose economy is dependent on remittances.

Nice article, kolin! I want to join in on the congratulations to El Salvador. It’s indeed a historic day!

But … I’m concerned about what the fiat institutions will do to “punish” El Salvador for this, what I choose to call, economic disobedience. As it’s said in the article, the International Money Fund (IMF) has already warned El Salvador and the World Bank has also expressed its disapproval. These two financial institutions are also two of the largest (and most accessible) money lenders for poor countries like El Salvador.

I get that IMF and the World Bank, and other financial institutions that loan money to countries, don’t want to be paid back with Bitcoins for interests and downpayments. El Salvador will have to pay their money lenders back with US Dollars. But will that be enough, or will the fiat institutions find other ways to punish the rogue country? I think we should prepare for that.

Even if - or maybe because - El Salvador gets an economic rise after its Bitcoin embrace and thereby attracts investors, companies and Bitcoin miners to the country, it won’t get away from punishments from financial institutions and other countries. My guess is that the fiat world’s willingness to loan more money to El Salvador will be reverse propotional to the economic success in the country. They’ll probably excuse their new policies with “Since El Salvador is making so much money now, they don’t need our loans anymore. In fact, we expect them to regenotiate their current loans so to increase their payments. Other countries need these loans more than El Salvador now … bla bla bla.”

Anyway, I do believe a rise in El Salvador’s economy from here on, as many new investors and corporations open offices in the capitol San Salvador. A better economy will mean less poor people, more stable democracy, better education, better infrastructure, and so on.

I wish El Salvador and its people all the best for the future!

I don’t think anyone really knows what the consequences will be. It will be very interesting to see how it develops. It could be even more interesting if other countries join the party. I mean, the rumors are already out there. I have my popcorn ready